Skip to content
The Committee for Protection of Jewish Culture is currently fulfilling the project called Mezuzah, which has conducted nearly four decades of operations to restore the memory of the Jews of Tarnów. After years of repression of the memory of the Jewish presence in the landscape of the city, it began to slowly restore its remembrance. These activities are intensively conducted since the early 90s. In Kraj publishing, in 1992, an elaboration Tarnowskie Judaica was published in a few thousand of copies, while the local branch of PTTK issued a brochure guide to Jewish trail around Tarnów (1992) in English-language (1993), as well as English-language pamphlet The Jews in Tarnów region (1993). An extensive guide to the Jewish trail around Tarnów later lived to see a three-language issue (Polish, English, Hebrew) and a colourful art binding (ed. I 2000, ed. II 2002 ed. III 2007). Based on the text of this guide, in 2005, Town authorities affixed the described trail using information signs in Polish, English, and German.


Established contacts with Tarnów Jews in Israel and other countries, as well as with Jewish organizations, including tourist agencies have resulted in an increased tourist traffic of Jewish groups in Tarnów. Since the second half of the 90s, tours of Israeli youth, which more frequently involved the Tarnów program, were exploring a previously developed scheme (Warsaw – Majdanek – Krakow – Oswiecim), and the sightseeing made use of the guide issued by the Museum. An important role in the popularisation of Tarnów among the organizers of these trips plays the ambassador David Mordechai Palzur, who was born in Tarnow (as Marceli Plutzer), appointed to the post as the first after the resumption of Polish relations with Israel, in Warsaw (1986). Successive ambassadors have taken over his interest in Tarnów, which has been of great importance for the promotion of the town among Israelis. And with the initiative of the Museum/Committee Ambassador Palzur received in 2003 the title of Tarnoviae Merentis awarded by the Foundation of the Jan Tarnowski to Tarnów prominent residents for promoting the town abroad. Of the three aforementioned monuments associated with the presence of Jews in Tarnów (cemetery, bima, steam/mikvah) in a particular way the memory, promoting of two was managed to be restored: the cemetery and the bimah. The cemetery has become the primary place of particular care. Regardless of the sources of the funds the Comitee coordinates and oversees all work for the renovation and maintenance. Today, it is almost completely the area ordered in terms of green area. Since 2005, under an agreement with the local Department of Criminal sentenced are employed at the current streamlining work here from May to December. In 2005, the guide around the Jewish cemetery (Tarnów’s Jewish cemetery) was developed, and in the same year under the Małopolska Gościnna program, it was laid out to the cemetery trail (signs in Polish and English language) which have enabled self exploring. That same year, the memorial to the exterminated victims that stands at the gate of the cemetery, and the previously destroyed mortuary were renovated. Special guests at the cemetery are students who, under the guidance of teachers report within a year the interest in visiting the cemetery. The flagship project, implemented since 1996 by the Museum together with the Committee, is the Jews of Galicia Remembrance Days in Tarnów, which since 2005 is called Memorial Days of Galician Jews „Galicjaner Sztetl”. This project is initiated every year around the anniversary of the so-called first liquidation action, which took place on 11 – 18 June, 1942. This project, which consists of all kinds of cultural events has helped to promote two places associated with the Tarnów’s Jews. Bima, mentioned herein many times, became a special place, in its vault artists exist indeed within the framework of the night Concerts at Bima it gathers the audience in the open air of 150-300 listeners. Another place that existed on the map of cultural events in Tarnów is a place of memory in Zbylitowska Gora, near Tarnów. It is here, in the forest called Buczyna Germans killed citizens of Tarnów, the vast majority of them were Jews. It is reported that during the above-mentioned first dissolving action, during the very week of June 1942, about 6000 people, including 800 children from orphanages were executed in here. A monument raised after the war speaks of „victims of Nazi terror”. Next to it, the silhouettes of several Jewish mass graves symbolically bearing inscriptions in Polish and Hebrew are visible. This place was almost forgotten for many years after the war, only on the anniversary of the outbreak of war, school children came to light candles at most. Since 2000, the Jews of Galicia Remembrance Days in Tarnów have been inaugurated with the participation of school children, the assists of uniformed students of one of the high school of a military profile, and also the presence of Jewish and Catholic clergy. Including this place in the program of events organized by the Museum/Committee has inspired the local authorities to a particular concern for the place for continuous surveillance and maintenance of good order of this place. It needs to be added that this is also one of the places frequented especially by the Jewish/Israeli tours.


Above mentioned activities of Hebrew Subject have influenced, among others, subjects of a number of seminar, undergraduate, graduate papers, school, and photographic competitions. Several methodology conferences for teachers were organized in Tarnów, and the museum has prepared exhibitions on Jewish topics during this time. Today, the majority of the inhabitants of the many remnants of the Jewish inhabitants of Tarnów, which until recently were passed without a deeper historical reflection, are readable and understandable documents around erstwhile Tarnów shtetl.
Our actions are aimed, inter alia, to fill in the gaps in school education, where for the subject of regional history very little time is reserved, or it is completely omitted.
Adam Bartosz

See also:
• e-mezuza.pl
• The project is co-financed from the funds of the EEA under the program „Citizens for Democracy” and the funds of the National Cultural Centre under the program Culture – Interventions 2015.
Here you can find the Mezuzah Project film with Adam Bartosz, by Bernadetta Cich about Jews in Tarnów with English subtitles: click the logo. We have English subtitles thanks to Elizabeth Szancer. 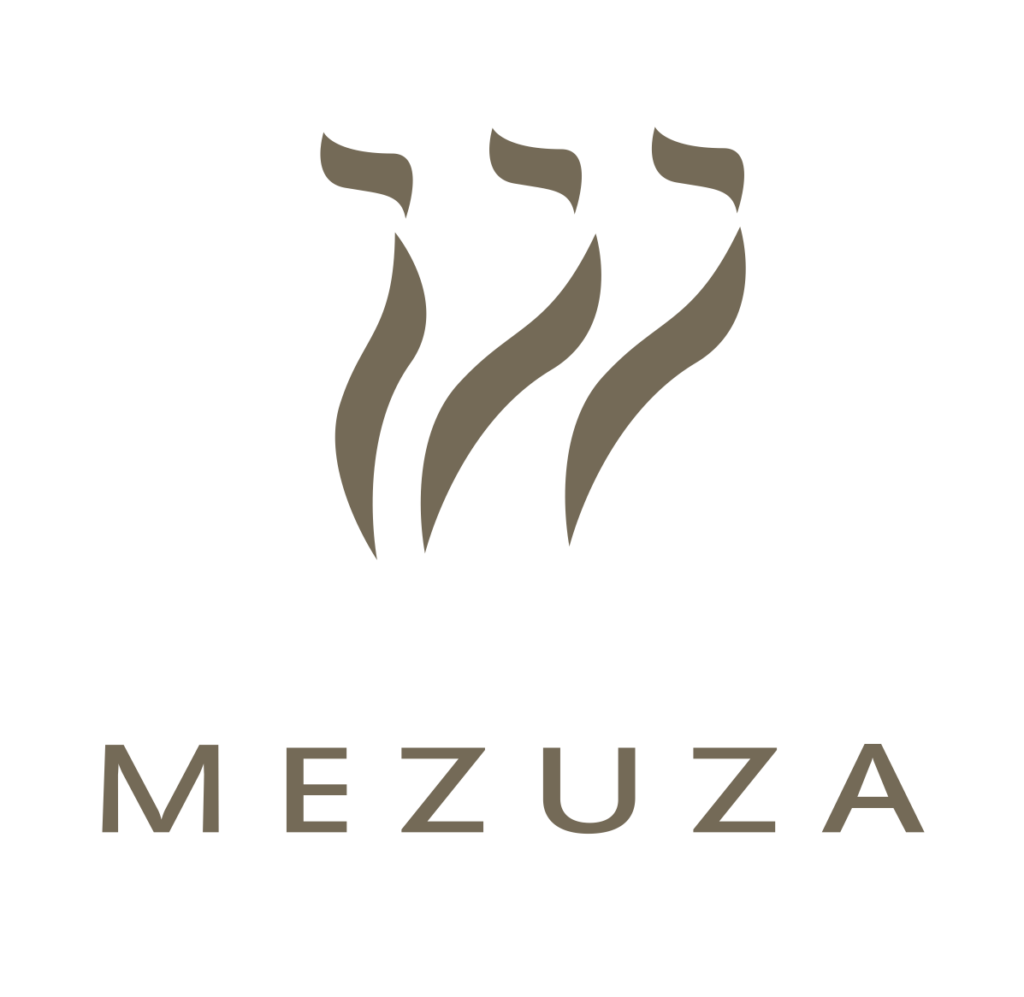 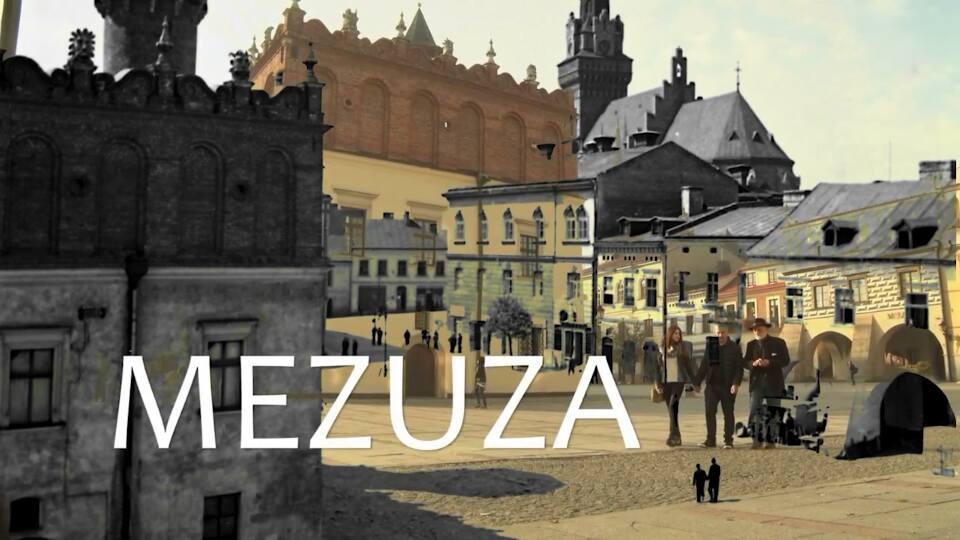