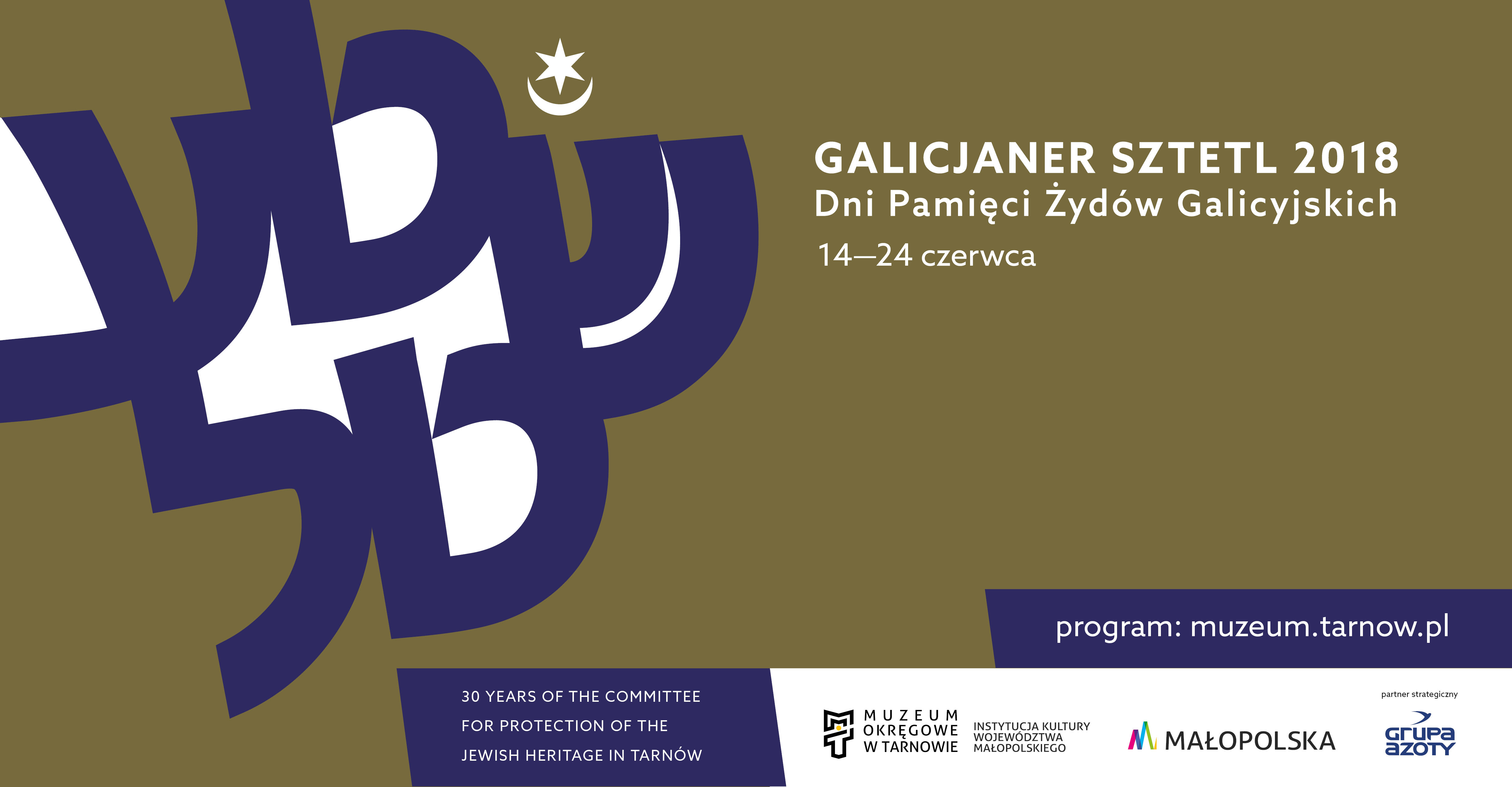 Remembrance Days for Galician Jews – Galicianer Shtetl is probably the warmest Jewish festival in Galicia. A family meeting with Jewish culture and tradition – and Tarnów, the warmest city in Poland.

As every year, we look forward to our Friends, descendants of Tarnów Jews, who today inhabit all continents.

Other elements of the festival include concerts under the bima (ruins of the Old Synagogue), workshops, meetings and a reunion of Tarnów descendants of Jews from all over the world.

We have the names of half of the over 11,000 deceased buried in the Jewish Cemetery in Tarnów. An inventory of tombstones and inscriptions, from which at least two data could be read, was prepared by the Foundation for Documentation of Jewish Cemeteries in Poland. Click HERE to go to the database (in English).

If you want to make a donation for Renovation of the Historic Jewish Cemetery in Tarnow by PayPal – cklick HERE.